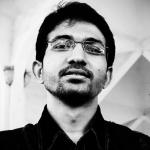 Every year, UN climate Climate Change Conference, known as the Conference of Parties (COP) bring the nations to tackle climate change . A preliminary session of the upcoming COP23  was held from May 08 to May 18 at Bonn, Germany.

During this conference, several environmentalist groups protested the presence of fossil fuel industry at the UN climate Talk. Should fossil fuel companies have access to the UN climate talks? – They raised a question. There is an allegation that the fossil fuel industry influences the United Nations Framework Convention on Climate Change (UNFCC) through its many trade associations. As Business/Industry Non-Governmental Organisations (BINGOs), these associations take part in negotiations and lobby governments. Also, these associations are allowed to act as observers at the UNFCCC. Organizations that have observer status can get into the meetings. These include all of the biggest fossil fuel companies. Many of them have lobbied against policies aimed at reducing greenhouse gas emissions. Environmental groups claim that a number of business participants in these talks are funded by the fossil fuel industries. Companies associated with fossil fuel industries are now sponsoring the UN climate conference. UN’s current policies allow them to do this. It means a big amount of money which is needed to organize this type of big events is coming from those who are mostly responsible for the higher level of carbon emission.

Corporate Accountability International (CAI) has published a new report which shows the connections between fossil fuel industries and business non-governmental organizations regarding UN climate talks. The report has stated, “Despite what major fossil fuel corporations may insist about their support for the Paris Agreement, these corporations have consistently used their presence at the UNFCCC to weaken policy rather than strengthen it. Hundreds of BINGOs, many of which have direct links to the industry and its interests, have been granted access to attend UNFCCC negotiations. Under current UNFCCC policies, industry representatives like the World Coal Association, which aggressively promotes a coal-centered agenda, sit in the very rooms where delegates discuss policy options to avert climate disaster.”

However the demand for kicking out the fossil fuel industry from UN climate talk didn’t get strong support at the conference. Other participants including environmentalists agree that the fossil fuel industry should be allowed to lobby. While some participants expressed concern regarding public-private partnerships being viewed as the only driver for climate action. Others countered that businesses and industry play an important role in meeting and  all  groups  will  benefit  from  an  open  and  transparent process.

It is very easily understood that fossil fuel corporations will try their best to find ways to influence climate and energy policy. But inspite of everything, UN needs take care of their freedom of speech too. At the end it's not about their access but their approach.