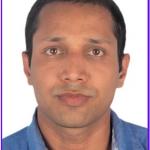 This paper is one of a series ACCCRN has commissioned as a set of scoping studies supported by our collaborating partner, the Ecosystem Services for Poverty Alleviation programme (ESPA). They provide insight into how evidence is used (or not) in urban decision-making in the context of ecosystem hazards as cities expand into their broader landscapes. The full Nepal paper is available through this link.

Disasters triggered by natural hazards are causing heavy loss of life and assets, and represent an unparalleled threat to Nepal’s development. The effects of climate change and extremes have further aggravated the country’s disaster vulnerability. Nepal, one of the most disaster-prone countries in the world, is exposed to multiple hazards such as earthquakes, floods, landslides, fires, heat and cold waves, lightning, windstorms, hailstorms, droughts, and epidemics.

While linking research with policy is a major concern in Nepal, politicians and policymakers rarely base their decisions on research, including studies into urban and ecosystem issues, given political dynamics. Thus, making evidence-based policy a reality remains a challenge. Based on interviews with experts during this study, reasons suggested including the effect of political influence on policy making, significant gaps in prior policy and practice, poor dissemination of research findings, ineffective use of media outlets, and a lack of engagement by researchers with policymakers.

Consultative research processes are crucial to improve the impact of research on policy. Research findings are more likely to be used in policymaking if concerned stakeholders – researchers, practitioners, policy and political decision makers, and government officials – come together to define problems and help design research. Policy makers consulted during this study prefer specific and concrete recommendations from research. Policy briefs, research insights (1-page length) highlighting specific problems and recommendation, and other brief communications formats are more useful to them. Media op-eds are also powerful tools to promote use of research in policy. However, they require more reliable and valid information. They further highlighted that the timing of delivery of research findings is important for a policy formulation or change in specific policy.

Mainstreaming disaster risk reduction in urban development planning and policy is crucial for sustainability, but is hindered by institutional gaps. Ensuring evidence is put into use in resilience planning remains a challenge as policy formulation processes do not recognize the need for such research results.

Opportunities are emerging. After implementation of federalism in Nepal, municipalities became more autonomous and can impose tax, allocate budget, make their own policies and enforce them. This has opened opportunities to them for designing and implementing inclusive and resilient cities on their own, and have called for support from researchers and advocacy groups supporting government in different sectoral areas.

The Government of Nepal has also initiated several urban planning activities. Ten new cities are planned along the mid hill highway that connect east and west of Nepal. These are planned to be disaster resilient, economic hubs, and with distinct identities. They represent pilots for researchers to input into evidence-based, disaster resilient and environment friendly urban planning, able to be replicated to further afield.

Nepal’s National Adaptation Programme of Action (NAPA) to climate change has identified Urban Settlements and Infrastructure as one of the six key themes and included “Promoting Climate Smart Urban Settlements and Infrastructure” as one of nine priority projects. It is becoming increasingly important to incorporate disaster risk assessments into the urban planning and management of disaster-prone human settlements and particularly by addressing the problems of informal settlements in high-risk areas. Collective efforts of researchers, policy makers and practitioners on reviewing, formulating and implementing policy for the resilient urbanization will be essential in moving this forward.

Collective efforts of government, researchers, policy makers and practitioners on reviewing, formulating and implementing policy for the resilient urbanization are a must. In Nepal, research is more dominated by international financial institutions and donor agencies. Most of these research activities include project evaluation, assessment, and studies based on project Terms of Reference. There is almost no state funding for the policy research. Hence, increased public funding for policy research would increase ownership of policy makers in research outcomes.

Similarly, research organizations have weak legitimacy and narrow public acceptability. They are mostly self-organised and rely on external funding. As the government is more structured and formal, policy makers show a reluctance to recognise and appreciate the knowledge coming from the research.

The reconceptualization of policy research as a collective enquiry to generate a shared knowledge on specific policy issue can make it more effective. This implies an engaged and reflective approach to research that would not only generate new knowledge but also ensure that decision makers fully buy into the knowledge. Over all the policy research, writing research findings in different formats and outlets, and dialogues across different level and among policy stakeholders will ultimately contribute to the effective policy formulation and implementation in Nepal. 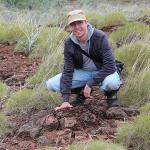