Blog
Are we reaching those who we intend to reach: Reflections from 5th APAN Forum, Colombo, Sri Lanka

The current big challenge to our generation regarding inclusive growth and development is the lack of proper adaptation planning in urban areas.

We have to be concerned about the impacts of climate change in cities which are already being felt due to the lack of capacity of many cities to implement necessary adaptive measures.

Currently, 54% of the world's population lives in urban areas (1/3rd of which resides in slums) and Asia happens to have 60% of world’s slum population.

The rising inequality in urban centers is opening up new risks, especially for vulnerable groups. Women and men and their families from rural sectors who are driven out from their farm lands due to climate impacts are forced into informal economies in urban centers since they will not have the right skills to match the services required there.

These people might be living in horrible and hazardous locations and be impacted by heat waves, water scarcity and other types of challenges exacerbated by climate change. These vulnerable groups will always experience these unwanted impacts if they don’t have any access and sufficient capacity to deal with the risks they are facing.

This year, the APAN Forum, which was guided by the theme “Adapting and Living below 2°C:  Bridging the Gaps in Policy & Practice”, was held in Colombo, Sri Lanka from 17 to 19 October 2016. It was organized by UN Environment Asia Pacific Adaptation Network and hosted by the Ministry of Mahaweli Development and Environment, Democratic Socialist Republic of Sri Lanka.

The discussions during the forum focused on climate change adaptation planning, mobilizing financing for adaptation, promoting climate-resilience and sustainable development, as well as strengthening the role of actors at different levels and in partnerships.

ACCCRN intends to promote inclusiveness and enable vulnerable people to be included and supported in the systems and process driving urban climate change resilience (UCCR). Therefore, ACCCRN expects the 5th APAN Forum to accommodate discussions that focus on inclusivity in building UCCR, giving perspectives from practitioners on how to make resilience building measures inclusive.

The Colombo forum resulted in a statement of its outcomes which said that opportunities and solutions in adaptation planning are still needed to strengthen inclusiveness, vertical integration between national and local planning, and engagement of a wider range of stakeholders from across government agencies, the private sector and practitioners at the local level. Going forward, the 5th APAN Forum is calling for an urgency regarding being inclusive and reaching out to the vulnerable, engaging with local levels and communities with increasing awareness and outreach.

A session titled ‘Inclusive Adaptation: Meeting the Inclusion Challenge’, organized by Plan International, concluded that effective adaptation cannot be achieved without meaningful inclusion. The summary of the discussion resulted in these points:

We felt so grateful that the APAN Forum this year has provided the space to have important discussions about what it takes to include the unreached in adaptation. However, there was only one session devoted to Adaptation in Cities in the whole conference and we need more conversation regarding this. We still need to continue to push the agenda on inclusive adaptation, so our efforts leave no one behind.

Even though the forum focused on the key topic of mobilizing adaptation finance and adaptation planning, we didn’t hear much about the inclusion of women, or children, or those with disabilities, even though they suffer the most from climate impacts.

More importantly, urban poor men, women and children need a seat at the inner table to draft suitable solutions to their issues. It cannot be the technical people deciding for them. To be inclusive, we need mechanisms for them to be able to participate meaningfully considering that they are “time poor” since each day spent away from their work will be a day without earning money to pay for food and other necessities. We need more creativity to help them engage in the issues. We need to make this mainstream the next time.

In the future, it would be even better to see the greater participation and voice of CSOs and local organizations, outside the ‘usual suspects’, namely the UN, INGO and research stakeholders. We can do more to ensure that children, youth, and community members who are affected by climate change, can have some kind of voice. In that way, what we talk about in the forum, as well as who is included in the forum, can both be inclusive. 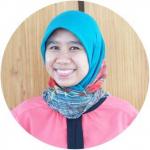