This past March, Peru was hit by devastating floods. Media reports led with death tolls and declarations of states of emergency. People volunteered their help on Facebook and offered refuge in their homes to those seeking shelter on Airbnb.

News coverage builds awareness of crises, drums up donations and connects the needy with people who can help.  But are we leveraging the full potential of media and communication to stop disasters happening in the first place?

I’d argue that we could save more lives and livelihoods by going to greater lengths to communicate with people at risk before rather than after disaster strikes. The forewarned are forearmed after all; they can reinforce their homes, stock up on supplies and get to safer places.

Recent years have seen some impressive improvements in the equipment used to detect pending disasters: weather satellites, flood water gauges and thermometers to measure sea surface temperatures. And technological advances in communication mean it’s easier to alert people than ever before.

But all these technical advancements count for little if they’re not backed up by money. But given the pressure on both governments and the public to focus on immediately pressing demands, convincing them to invest limited funds in preparing for disasters won’t be easy. Meeting this challenge will require convincing them of how costly disasters can be, as well as the risk of their happening – not easy cases to make.

These advancements also won’t amount to much if they don’t spur populations-at-large to break with their routines and get ready for serious events to strike. Bangladesh, India and the Philippines are just some of the countries taking this point increasingly seriously. Through working to improve public understanding of storm risks, they’ve helped ensure that weather forecasts lead to timely and efficient evacuations, with millions moved to safe areas, resulting in far fewer casualties.

Fortunately, these kinds of successes are replicable. Here are three ways of communicating to lay the groundwork for warning people about disasters before they happen:

Disaster risk reduction can come across as a daunting subject, with ordinary people switching off when they hear an acronym like DRR discussed in a dry, academic or alarmist way. But in an age of information overload, we need to entertain and engage people while helping them make decisions about how to prepare for disasters.

For example, 75% of urban residents in Costa Rica, Mexico and Colombia wouldn’t leave their pets behind during an evacuation – even if they only had five minutes – potentially endangering themselves and others. Clearly, people really love their dogs and cats.

Showcasing the effectiveness of engaging people with DRR through the issues they care about, World Animal Protection made a television spot (Spanish with English subtitles) off the back of this research which encouraged people to have emergency plans for the whole family – including their pets.

In the long run, making DRR content engaging will increase people’s confidence and motivation to: reduce risks, prepare for an emergency and respond when things start to get serious.

2. Respect that people have many pressing concerns

Poor people in low-income countries often juggle pressing priorities and have only limited options open to them. They‘re often forced to live in unsafe areas – like flood plains, unstable hillsides, and exposed coastlines – because there’s nowhere else they can afford to go. To take just one example, many of Metro Manila's four million-strong urban poor population live alongside waterways, where they’re especially vulnerable when typhoons strike.

Economic pressures often force people to make decisions to ensure their immediate survival at the possible expense of their livelihoods ten years down the line. A recent deadly mudslide in Mocao in Colombia was likely made more ruinous by deforestation fuelled by the search for arable land.

To successfully develop a culture of preparedness in everyday life, the DRR community needs to communicate with people about what’s immediately important to them and present realistic ways of reducing the risks they face.

One of the strongest storms to ever make landfall, Typhoon Haiyan claimed well over 6,000 lives in the Philippines. Through conducting interviews in the storm’s aftermath, UNISDR uncovered a number of fatal misunderstandings about how Haiyan would unfold.

We discovered that many poor migrants and fishermen died in their shacks because they thought that evacuation meant eviction. Others mistakenly thought that their concrete homes were secure enough to withstand the storm.

Jerry Yoakasin, Vice Mayor of Tacloban, the worst-affected city in the country, has said that people didn’t understand what a ‘storm surge’ was. Defined as a sudden and abnormal rise in sea water levels, Haiyan's storm surge swept ships at sea inland, where they crushed homes.

Yoakasin believes lives were lost because storm surges weren't explained to people in ways they understood by those they trusted. His advice is just as relevant now.

The media can play an important role in breaking down complex issues for their audiences. This can drive public understanding of things like weather forecasting, helping shore up trust in early warning alerts. Closer relationships between the media, experts and government officials are essential to take full advantage of this potential.

Across all of these three areas – facilitating engagement, reflecting the difficult realities of people’s lives and building trust – media and communication have a vital role to play. When communication about disasters is attention-grabbing and relates to people’s experiences, people will actually sit up, take notice and prepare for hazards coming their way. 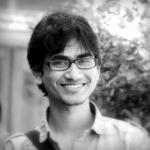