It was only 8 am in the morning when the crowd gathered at the village hall of Kalisidi Sub-district. That day, people were gathering to attend the field school that had been conducted for three weekends in a row in Garang river basin, and today was the last one. The field school project, which started in August, was initiated by Mercy Corps Indonesia through a program called TRANSFORM which stands for trans-boundary flood risk management through governance and innovative information technology. 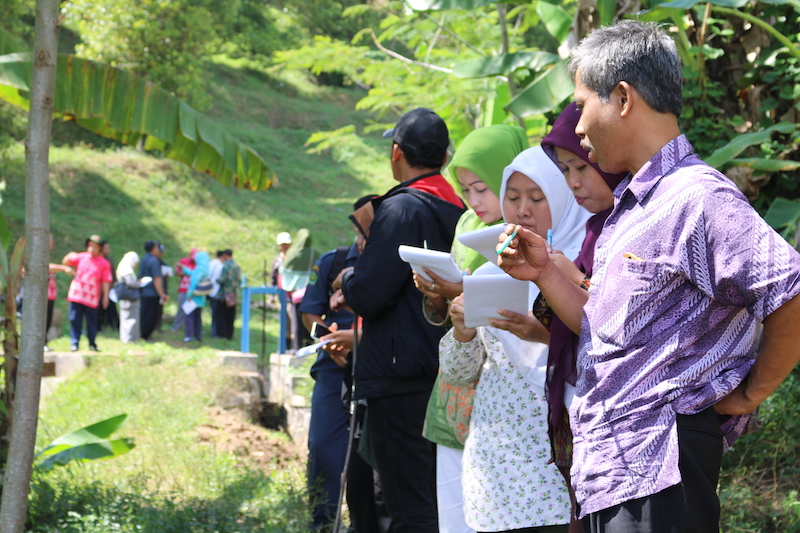 The field school was conducted in five villages―Kalisidi, Keji, Gogik, Pagersari and Gebugan―consecutively to build the capacity of communities who live in river basin areas. The five villages were chosen for several reasons, such as proximity to the Garang river, land management, also considering the problems that are faced in the area: solid waste and groundwater problems. 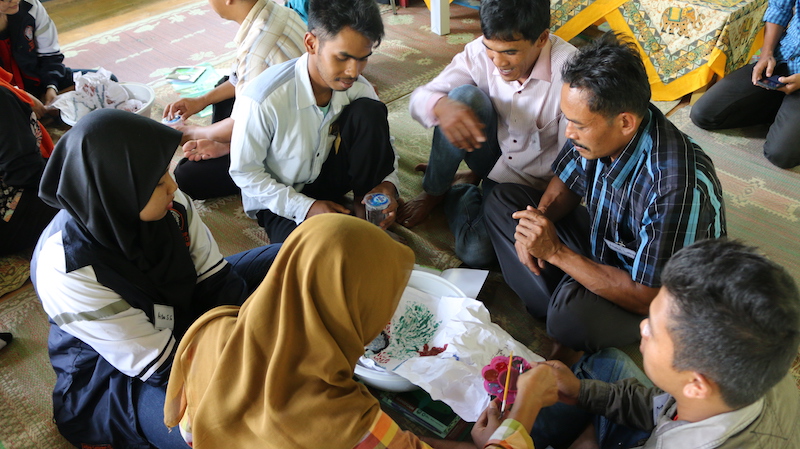 After three weeks of field school, each village showed great enthusiasm for exploring their surrounding environment. The field school is designed to emphasize community experience through river and neighborhood observation. It has also created a space for discussion between the community and government institutions. “It is indeed a disadvantage to our environment (referring to the community throwing trash into the river, and often collecting rocks from the river)” Dimas Prayitno, village chief of Kalisidi, told us. “I hope the community can apply the knowledge they gained from the field school,” he added.

“This program not only aims to raise community awareness about their surrounding environment, but also to help them gain an understanding of the problems that they are facing. Through this opportunity, we also want to seek possible solutions that can be implemented together,” said Hardiyanto, the project leader of field school.

From the three weeks of field school, the community defined key problems that should be addressed. Firstly, deforestation that has happened in several protected areas has decreased the absorption capacity in upstream areas. Secondly, a large number of disposable diapers were found in the river. Finally, water conservation within the area is not running well; this affects water quality and the quantity of clean water produced.

Hardiyanto added “Now that the field school has ended, we will try to identify actions to take to address the problems. One possible solution is establishing a trash management system that can be organized by the community. In the near future, Hardiyanto and the team is planning to conduct a field school in other villages along the Garang riverbasin, such as Lerep and Nyatnyono.