Blog
Loss and Damage in COP 23, What Lies Behind its Procedural Hook Output?

The UN Climate Change Conference (COP 23) convened from 6th − 17th November 2017 in Bonn, Germany, under the Presidency of Fiji. The negotiations, which did not conclude until early on the 18th November, focused on the various aspects of the work programme of the Paris Agreement. As the first COP being held under the Presidency of a Pacific nation, there were high expectations regarding resilience-related issues. In particular, Loss and Damage issues, especially after a sequence of years that have seen an unprecedented number of natural disasters, typhoons, extreme floods and drought.

Here’s a flashback on this issue: the Loss and Damage was one of the important issues that gained momentum during COP 19, where Parties agreed on the establishment of Warsaw International Mechanism on Loss and Damage (WIM) and its Executive Committee (Excom) along with its respective mandate, in which one of the WIM mandates is to enhance the action and support including a financing for Loss and Damage. The Excom is intended to be the operating instrument of the WIM.  A second important milestone was during COP 21 in Paris. As Parties, we finally have a standalone article for Loss and Damage as a part of the Agreement’s balance package. The existence of this issue needs to be followed up with the operationalization of the mandate through strengthening the WIM by keeping in mind the agreed principles.

Strengthening the WIM in the post-2020 period is also considered an important area for building trust. The WIM is important to developing countries trying to recover from increasing numbers of natural disasters, decreasing the crop production, and other impacts of climate-sensitive economic activities, which in some cases lead to social -conflict, just one example of “losses and damages” incurred by climate change. At COP 23, the Negotiation Group of G77 and China, a major negotiating group for developing countries, placed a high priority on raising the profile of loss and damage, by calling for a standing agenda item on the WIM, to allow a year-long conversation within the UNFCCC process and raising the profile of the issue, rather than merely an annual review of the report of the WIM’s Executive Committee.

This has become one of the major concerns during the negotiations as we see there is a tendency to confine the mandate of the WIM to only the scope of its Excom. While we understand the relationship, Parties need to be fully consistent with what we had agreed previously which wasthat WIM has its own mandate which falls beyond Excom. One of the key mandates of the WIM which does not yet have its full operating instrument under Excom’s current workplan regarding the real mobilization of support for Loss and Damage. Considering this issue is relatively lagging behind in the formulation of modalities and tools and the spirit to maintain the balance package of the Paris agreement, not to mention how relevant the issue is in the Indonesia context, Indonesia is concerned about ensuring the continuity of discussion of the issue of Loss and Damage, completely in the context of the WIMmandate , not just in the implementation of WIM Excom's  workplan.

Those three calls from developing country Parties, i) a permanent agenda item; ii) strengthening the WIM and is Excom; and iii) mobilization of support, were heating up the discussion of the issue as some developed countries immediately indicated their opposition. Some developed countries state the discussion on finance should all be done through the finance agenda, while their colleagues keep watering down the discussion on Loss and Damage financing in the other room. After two weeks full of long-nights of negotiation, the Parties came into an agreement.

COP 23 highlighted the importance of Loss and Damage by acknowledging some scientific and disaster evidence. With regards to the permanent agenda item, we have not achieved that just yet, but at least we maintain the continuation of the discussion until 2020 by having a Fiji expert dialogue next year. This expert dialogue will have specific concern for how to give more input in how to bring more support for Loss and Damage. Parties also request Excom to further work with other bodies under the UNFCCC to seek a mechanism for the mobilizing of support, including in consideration of its existing and further establishment of expert group and/or other means of instrument under its structure.

This final decision is considered not to be an ideal one and a disappointment perhaps for some, especially for those who are really affected by the changing climate. However, it gives at least some procedural hooks to work on the topic and raising its ambition in the future. That is actually our homework together: how we can join hands in raising the ambition of Loss and Damage as soon as possible because, for some countries, their time is really limited. In fact, we could say there is no more time left. 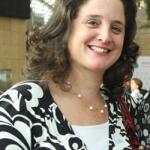