Blog
How to Deal with Migration? The Need to Move Away from Abstract Discussion and Towards Concrete Action

The International Migration Report 2017 published by the United Nations Department of Economics and Social Affairs states that 3.4% of the world’s inhabitants today are international migrants. This shows a modest increase from 2.8% in 2000. The same report continues by showing that Asia and Europe in 2017 were the regions of origin for the largest numbers of international migrants — 106 million and 61 million.

Climate change plays a part in creating these numbers. A report released by the Overseas Development Institute (ODI) and United Nations Development Programme (UNDP) states that, in 2016, over 24 million people were newly displaced by sudden-onset climate-related hazards, such as typhoons and foods. But there are no data tracking how many might have moved partially in response to slow-onset hazard events, such as drought or desertification. In addition, directly attributing human mobility to climate change is extremely difficult.

This month, following the Ninth session of the World Urban Forum (WUF9) entitled “Cities 2030, Cities for All: Implementing the New Urban Agenda” we discussed the issue with Doug Saunders, a journalist who writes the international-affairs column for the Globe and Mail Canada. He has extensive experience as a foreign correspondent having run the Globe's foreign bureaus in Los Angeles and London.

His first book, Arrival City (2010), which talks about the unprecedented wave of rural-to-urban migration and the rise of urban immigrant enclaves, has been published in eight languages and has won numerous honours, including the Donner Prize for best book on politics and a runner-up for the Gelber Prize for the world's best international-affairs book.

Although people move for a wide variety of reasons, ranging from socioeconomic and cultural to political and environmental processes, reports have shown that the amount of migration that is caused by climate change continues to increase. How do you view this?

"I thinks there will be a lot of movement out from rural marginalized areas in Asia and Africa during the next 50 years which will be caused by a number of factors. Climate change will contribute to that number because some of impacts have made the people’s land less useable for farming, due to the sea-level rise or because of drought." he said. 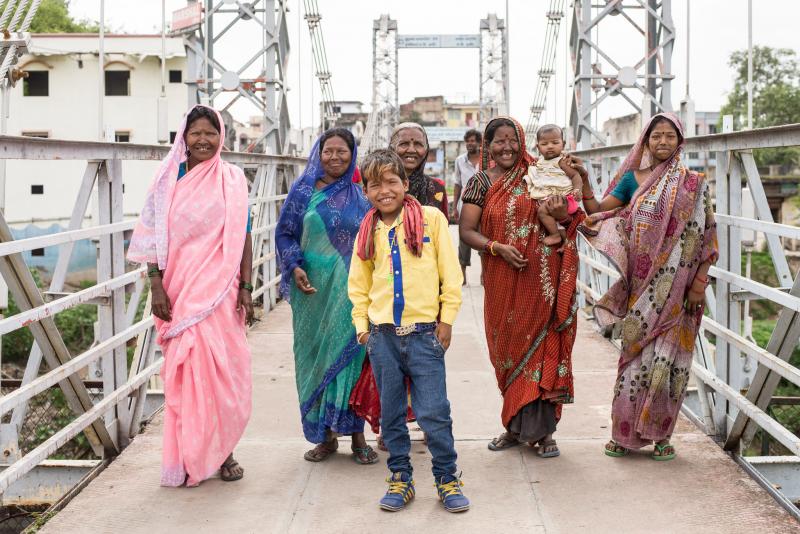 Government, as the policy maker, plays a crucial part in finding appropriate responses to these challenges. How do you think national and municipal level governments should work on this issue?

Migration policy tends to be a national policy, particularly international migration policy. But, the municipality or city levels feel the brunt of the migration. It’s a paradox because the city doesn’t have the policy tools to deal with the migration, while national government can never control people so that they don’t move within the country. So, there’s a need some communications on this issue.

The definition of what a city is in terms of governance varies a lot between countries. In some countries, a city is just a branch of the national government. In other countries, the city has almost all autonomous power and ability to set its own policy. The question of recognizing and helping migrants, whether they are internal or international migrants, does fall upon these cities.

Cities have a tendency to reject the arrival of new people, as they recognized the existing number of population. Often people who come from rural area to set up informal communities on the edge of the city aren’t recorded as being new citizens of the city but it’s a big problem to manage − which should be eliminated. It’s a failure to recognize both complex network between economics systems that exist within these communities and the potential of these communities have for future development growth of the city.

So, not only is neglecting this population an extremely dangerous thing to do, it could cause them to be marginalized and to fall into grey market economies (i.e. where legitimate and illicit dealings are interwoven) and to criminality. It’s also missing out on an opportunity because almost all successful populations of existing cities were once migrant populations and it’s worth looking at what has made them successful and to reproduce those circumstances for the new population.

In response to that, what do you think can be done by the government to build pathways for migrants?

First of all, they should have the right to work and to form businesses whether or not they speak the local language. Second, they should have a very quick pathway to gain legal citizenship. If you leave people stranded in these intermediate states of being just refugees but not citizens or being just migrant labor but not citizens, then you create problems. A lot of the most difficult problems in the world right now are caused by large populations living in cities that don’t have access to full citizenship including countries in southeast Asia.

There are very large populations who are important to the economy, who are crucial to the social structure of the city, who often have children of multiple generations but who don’t have access to citizenship. So, there is important work to be done to end these barriers between the categories of citizenship within migrations.

I think, full integration in inclusion and the real benefit of immigrations can fully happen if people have citizenship.

Could you mention some good practices in Asia? In terms of successfully handling movement between countries and/or within a country.

I believe there are a lot of good practices in Asia to turn places that were slums into functioning urban communities with services and structures, sometimes without disruptive economic effects. We can see it in Jakarta. There have actually been a lot of examples after previous decades of doing it wrong. Some of cities in China have been really progressive as well in recognizing that people moving in are not temporary residents. It’s worth looking at Chinese internal migration policy as a very different set of city policies which are very bad or very good examples of how we include or reject people.

To conclude this, how do you think we need to move forward with the migration issue in the Asia region to ensure inclusive resilience?

I think there’s not enough dialogue between cities in Asia on best practices on these things. This is increasingly important because a lot of migration movement is now between Asian countries. We can see a lot of movement come from south Asia to southeast Asia, sometimes it’s temporary, sometimes as refugees, which makes it difficult to categorize them.

There’s a need to move away from abstract discussion of big ideas and of national policies and, instead, toward a concrete discussion among cities about best practices about practical things which not only addressed immediate crisis but a longer term sense of practical solutions that transform communities from being marginalized and excluded into being important participants in the economic and social-cultural and educational life of the city.