Blog
Floods in South Asia and US: Is climate change the link? 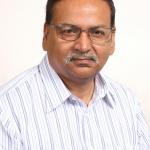 In the past week, there have been devastating floods in Houston, Texas in the United States of America as well as in Nepal, India and Bangladesh, not to mention China as well.

Although these events occurred in very different parts of the planet and each had somewhat unique causes and circumstances, nevertheless, their severity can now credibly be linked to human induced climate change that has already raised global mean atmospheric temperatures above one degree Centigrade since pre-industrial times.

Let me start with Hurricane Harvey in the Gulf of Mexico. While the scientific models for hurricanes in the Atlantic, Typhoons in the Pacific and Cyclones in the Bay of Bengal do not forecast an increase in the number of these events, the higher sea surface temperatures due to human induced climate change will definitely cause some of the events to be more severe than they otherwise would have been.

Hence, the intensity of Hurricane Harvey which went very rapidly from a category 1 to a category 4 storm when it made landfall was due to the elevated sea surface temperature in the Gulf of Mexico. Secondly, after the Hurricane made landfall and wind speeds came down, it became a tropical storm, but it lingered over the coast of Texas picking up moisture from the sea and dropping it further inland on Houston which then suffered devastating flash floods days after the hurricane had passed.

This combination of Hurricane and floods was what made the event so devastating and is mostly due to the higher temperature of the sea in the Gulf of Mexico at that time, which can reasonably be attributed to human induced climate change.

In South Asia, the monsoon rains in the upper reaches of the Ganges in the Himalayan mountains started to cause significant flooding in Nepal some days ago and then the flood waters travelled south into India where many millions of people were flooded and finally into Bangladesh where millions more were affected in the last few days.

The scientific models of the South Asian monsoon are not all in agreement with regard to forecasts of what will happen with climate change, but the general consensus seems to be that while the overall precipitation across the entire year is not likely to go either up or down significantly due to climate change, the pattern of rainfall will change significantly with greater precipitation in the monsoon season and less in the dry season. Paradoxically, this will likely lead to more flooding in the wet season and more droughts in the dry season, even if the overall amount of rainfall across the year does not change very much.

This scenario is what we can see happening already with rainfall patterns becoming more erratic and unpredictable.

Hence, we can also reasonably attribute the severity of the recent floods in South Asia to human induced climate change.

The bottom line seems to be that we have already entered the era of the anthropocene, in which, human activities have cumulatively resulted in changing global weather patterns as well other global phenomenon such forest fires and sea level rise.

This blog was originally posted in the Daily Star. 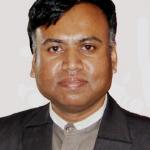