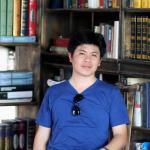 This paper is one of a series ACCCRN has commissioned as a set of scoping studies supported by our collaborating partner, the Ecosystem Services for Poverty Alleviation programme (ESPA). They provide insight into how evidence is used (or not) in urban decision-making in the context of ecosystem hazards as cities expand into their broader landscapes. The full Vietnam paper is available through this link.

Urbanization is accelerating in Vietnam, which had one of the highest growth rates in urban population in East Asia between 2000 and 2010. During this decade, the percentage of the country’s population living in cities increased from 19% to 26%. The urban population growth rate of approximately 4.1% / yr. is expected to continue for the foreseeable future, as the country’s economic structure continues to shift towards manufacturing and service industries.

In 2013, there were 770 officially designated urban areas in Vietnam. By 2015, 70 new urban areas had been added for a total of 840. As populations grow in all these urban areas, and as new economic activities increasingly concentrate in cities, new infrastructure, housing, commercial facilities, industry and services such as schools and hospitals will be built in the process of urban development.

Climate change is also a growing risk for Vietnam’s cities. Most of Vietnam’s cities are in coastal or river delta sites at low elevation. They are vulnerable to sea level rise, high tides and storm surge, typhoons, and to extreme rainfall events either in the city itself or upstream.

Climate models suggest that in central Vietnam extreme rainfall events are likely to increase in intensity and frequency. Sea level will slowly increase and tides will be higher. Typhoons may become stronger. The combined effects of these climate factors will lead to greater flood risk in growing urban areas, unless preventive measures are taken. Those all water related disasters have impacted widely with surrounding ecosystems where cities and towns are parts of the system.

Vietnam’s cities already face significant flood risk. In the period 2012-2015, there have been major flooding events in Hanoi, Quang Ninh, Da Nang, Quang Nam, Quy Nhon, Can Tho and Ho Chi Minh City, among others. The hazards are especially serious in peri-urban areas – those areas that are undergoing rapid change and development on the edge of the built-up urban area. Many of these areas are not yet fully serviced with urban infrastructure, yet the density of residential, commercial and even industrial development in these areas is often increasing rapidly. These areas of rapid change move outwards as the urban population grows, and as infrastructure and urban construction fill in the city’s development.

Yet there remain significant institutional challenges in integrating ecosystem services, and long-term planning in general, into urban planning. Political economy is always an issue in urban planning, because the enormous rents from land conversion create incentives to use power for personal or corporate benefit. City leaders do take master plans into consideration in making development decisions.

However, other factors often intervene to create a higher priority than flood prevention. Plans are often modified to accommodate the interests of large land owners or developers who are prepared to make major investments. This is partly because local governments are reliant on the income generated from land sales for a large share of their revenue. This puts them in an inherent conflict of interest: on one hand, they are responsible for public security, safety and flood prevention so they should avoid urban development that will increase flood risk. But on the other hand, they also should generate revenue for local government services and have few options to do this. Short term financial interests often prevail, leaving residents and businesses to bear the long-term costs of flooding.

Research from universities and related institutes is generally not used directly in decision-making. Evidence supporting decision-making is more regularly obtained from consulting company reports linked to fundable projects. Information from these sources are clear, quantitative and actionable. Where researchers have been found to have impact, this has resulted from trusted relationships between researchers who have been able to fund appropriate government bodies, who then take responsibility for disseminating information. Research can help through shared learning with local government, stakeholders and civil society groups, in short and visually accessible formats. For researchers to have influence and impact, their articles and research products need to be linked to fundable projects.