Blog
Dr Thongchai Roachanakanan: Urban planners need to get out of their office

Arfiana Khairunnisa
Communications Consultant
December 28, 2016 . 3 min read
Back to previous page
<<
Dr. Thongchai Roachanakanan at work at the Ministry of Interior in Bangkok.
>>
VIEW ALL
1 photos
ACCCRN Champion Author: Elisa Jimenez Alonso Posted on December 28, 2016 Comments
ASIA: Thailand
Dr. Thongchai Roachanakanan works for Thailand’s Ministry of Interior. As director of the Department of Public Works, Town & Country Planning he is responsible for the development of some of the fastest growing cities on earth. It is a level of responsibility that would weigh heavily on most people’s shoulders. But when talking to Dr Thongchai it becomes obvious that climate change and the pressure that it puts on urban areas is a worry that goes beyond the stresses of the traditional workplace. After meeting him one thing is apparent above all else: he cares deeply about the well being of communities facing the mounting challenges posed by climate change.
Dr Thongchai lives and works in Bangkok. It is a city that is full of contrast: heavy traffic and long-tail boats; golden temples and streets full of neon signs. It is almost impossible to imagine that the metropolis that is now home to over 8,000,000 people, was once swamp land. 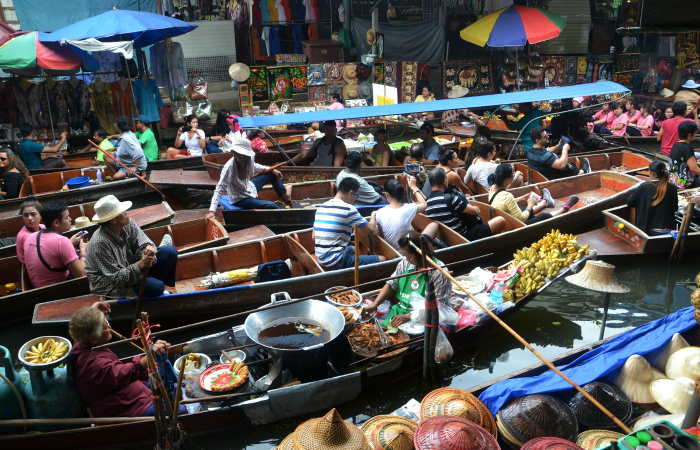 The waterways or Khlongs that snake through Bangkok are a constant reminder of how vulnerable the city is to flooding. Photo credit: Public domain
Nestled in the Chao Phraya River delta, Thailand’s capital is very prone to flooding with many parts of the city lying below sea level. The flood risk is further exacerbated by climate change projections that indicate Thailand might experience an increase in strong storms. Expensive infrastructure to protect Bangkok from floods has been built, but often without sufficient consultation of relevant stakeholders.
Coordination and integrated responses to large-scale problems are of utmost importance, as Dr Thongchai has pointed out in the past and he is not done raising awareness about this issue.
“There is a lot of focus on infrastructure," he explains. “But urban planning measures are cheaper and more sustainable than many structural ones."
It can be tiresome to try and change procedures when the changes do not align with the interests of those in power. The topic of climate change, and that of urban climate change resilience, is also quite new to the Thai urban planning debate. When Dr Thongchai started writing articles about it during the turn of the millennium, no one was discussing climate change in Thailand. Conveying it to high ranking personnel and making them understand the urgency of the topic, especially in the urban planning context, has since been one of Dr Thongchai’s main objectives.
His top priority, however, is talking to affected communities and making them understand what climate change means for them and how they can become more resilient to its impacts.
“Engaging affected citizens is of utmost importance to solving climate change," Dr Thongchai explains. It is for this reason that he spends most of his time outside of the office connecting with people on the ground, conveying his knowledge and learning from their experiences because so much valuable information actually is on the streets.
For Dr Thongchai, books often cannot convey real life experiences, in the same way that listening to people who have lived them does. He maintains that urban planners need to get out of their offices more and talk to those who are and will be affected by planning decisions.
There is no doubt that trying to make people at all levels understand the importance of integrating climate change issues into urban planning and caring so much about that understanding can take its toll. In Dr Thongchai Thailand has a someone who not only understands the scale of the climate challenge facing cities like Bangkok, but who is also prepared to work tirelessly to convince others of the value of building resilience.
Recommended reading by Dr Thongchai: Urbanising Thailand: Implications for climate vulnerability assessments 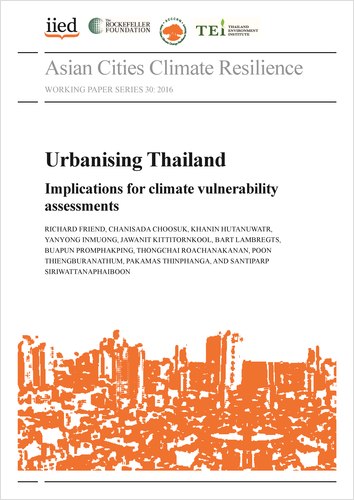 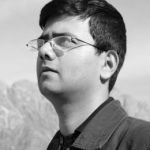 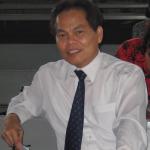 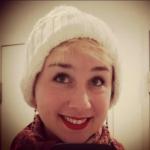