Bedoshruti Sadhukhan, who has been working with ICLEI since 2007, is now their Senior Programme Coordinator − Sustainability Management. She has more than 10 years' experience in the environmental field. “I started with environmental health, and environmental justice, before working on sustainable development,” she said.

“I have always been interested in the sciences since I was in school. I like ecology a lot, and that’s also why I pursued Environmental Management for my masters degree,” she explained. No wonder she decided to work in environmental-related field.

During her 10 years with ICLEI, she has developed environmental impact assessmentsts and city strategies in many Asian countries. “Over the years, particularly in the South Asia region, we realized that cities didn’t have an approach on where they wanted to go, they didn’t have a vision about the way they wanted to develop.”

Although sectoral-based assessment is important, Shruti thinks that it is crucial for a city to have an idea of what it wants to be. “We’re trying to help cities to develop their city climate action plans (CCAP) which combine adaptation and mitigation components that are based on the climate adaptation strategy of ICLEI-ACCCRN. “Now, we’re assessing each of cities’ components and integrating them into the plans for entire cities.”

Working in different parts of the South Asia region has given her skills to engage the local stakeholders better. “I think integration and coordination are two things that challenged me the most.” 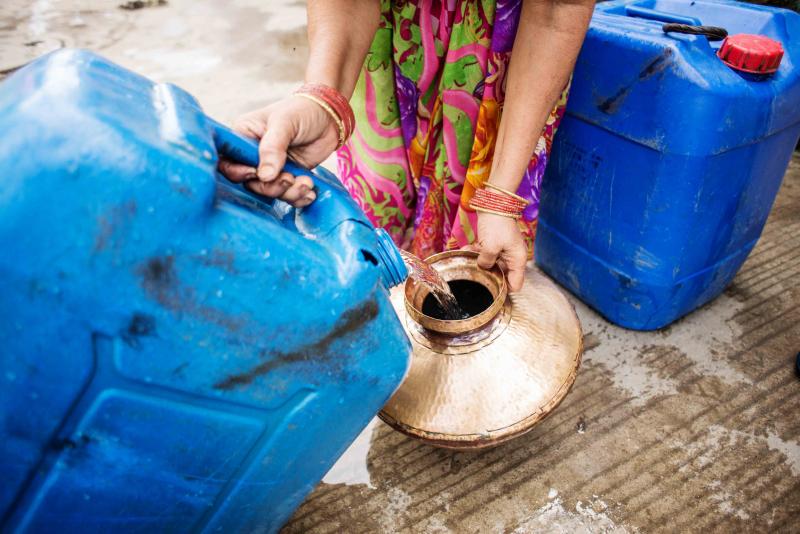 Shruti told us that in India, although a mayor governs each city, there is also a commission, which is like an administrative head. Every department must report to the municipal commission. However those departments don’t really talk to each other. As a result, each of them will create separate plans for the city. Shruti added, “Even basic things, such as population data, can be different from one agency to another,” shaking her head.

From her perspective, although it is a growing understanding that climate change will heavily affect a city’s ability to function, there are still many cities that have not understood the challenges posed by climate change. “The capacity building for government workers is crucial. Most of them are engineers and not planners, so they understand what building to construct, what pipelines to lay, but they do not understand that 50 years from now the city will have changed and that we have to think of the pipelines in terms of that.”

How to get every stakeholder in the city to sit down and work together continues to be a challenge for most practitioners in this field. Thus, she highlighted the importance of having a dynamic leader as a ‘champion’ for resilience initiatives in the city. “It will be easier to get into the root and gain buy-in from agencies within and outside the government. Having staff that work within the city can also boost trust because people will not perceive the organization as a group that comes and goes.”

So what can we do to improve the overall planning in the Asia region?

“We always go with a concrete idea about what we want to do about climate adaptation, mitigation and so on. It actually helps to give them a chance to talk about what kinds of problems they faced, and try to align it with our work.” She said that city is more likely to be open to her argument once she had made the effort to listen to its stakeholders first.

She concluded that communication plays the key part. “I sometimes found that national schemes might not be essential because cities have their own necessities. There should be a good channel of communication between national and municipal governments.”