Blog
Inclusive governance and urban resilience: Challenges at the nexus of urbanization and climate change

The developing world is urbanizing rapidly. However, this urban growth is leading to increased inequity and vulnerability, particularly for the marginalized poor. Climate change further compounds these problems.

Asia showcases these challenges and highlights warnings to be heeded elsewhere.

Urbanization is causing unprecedented and rapid change of ecological landscapes, social values and economic relations. Cities, in particular smaller cities with populations under 500,000, are frequently expanding into hazardous areas including coasts, deltas, floodplains, and river basins. It is clear that settling people in such places can be lethal and expensive.

Cyclone Nargis killed over 138,000 people in Myanmar’s Ayeyarwady Delta in 2008. Typhoon Haiyan killed thousands in coastal Tacloban, Philippines, in 2013. In 2015 super Typhoon Chanhom led to the evacuation of millions of Chinese citizens and caused nearly $1 billion in economic losses.

Yet across Asia this issue is largely unrecognized in long term national and municipal planning processes. Sustainable solutions are simply incompatible with the demands of short-term political and investment cycles, and decision makers trying to make a difference compete with powerful and sometimes contradictory sets of interests and values. Ultimately they clash with the people and systems creating the problems in the first place.

The development community is increasingly calling for “resilient” solutions. This is not enough. Any effort to build resilience needs to be explicit about what structures and systems need to improve, who will benefit, and by whose authority it proceeds. If not addressed, current trajectories of urban inequality will increase.

Some examples of urban improvement taking place under the rubric of urban improvement include: Jakarta, Indonesia, where city drainage is improved, but communities are displaced from sites they occupied for generations; the emerging Indian smart cities, that will divert investment from poorer, less competitive urban centers; and in Bangkok, Thailand, where the expansion of public transport infrastructure has lead to evictions among poor neighborhoods for a transport system whose cost of a single ticket can exceed 10 percent of the minimum wage of the workers building it.

Too much of development dialogue tries to focus resilience building measures through project-based, technical approaches. This is mirrored in existing and emerging investment mechanisms for cities. These are generally funneled through national ministries and without consultation with the citizens who will be impacted, and the others taking on debt.

So what are the meaningful solutions? Measures to build urban resilience against climate change and other vulnerabilities need to include a clear call for inclusion and social justice. They need to be embedded in governance.

Governance and investment processes should demonstrate inclusion and transparency. The challenge to do this in Asia is large. Democracy is in retreat. In 2015, among the few functioning democracies in the region, Thailand was taken over by a military regime that has silenced dissenting civil society. In Cambodia and India, legislation was passed restricting NGO capacity to operate and receive funds. There are few places where corruption and autocratic governance are not regular media fare, except perhaps where there is no free press.

Where powerful elites control the levers of planning, investment and enforcement, the average citizen flounders with few rights and limited, if any, access to information. The space for public participation is closed.

That these problems are becoming more explicitly discussed within the development community is a strong step forward toward making urban resilience building inclusive and just. The passing of Sustainable Development Goal 11 — to “ensure universal access to adequate, safe and affordable housing and basic services; to enhance inclusive and sustainable urbanization and capacity for participatory, integrated and sustainable human settlement planning and management; and to increase the number of communities adopting and implementing policies that embrace inclusion, resource efficiency, mitigation and adaptation strategies that enable resilience to climate change” — complements the text being developed toward HABITAT III, to be agreed in 2016.

The question of how to move the process forward is being answered, in part, by initiatives in the region. Mercy Corps’ involvement in the regional Asian Cities Climate Change Resilience Network since 2008 has pointed some of the way forward. We have realized that resilience building projects should be part of processes enabling society at large to absorb shocks, learn and self-organize despite vulnerabilities and hazards. This, in turn, needs open access to information and shared learning processes involving government, civil society and the private sector. An understanding that investments and projects are milestones in broad and inclusive resilience-building processes is required, along with an acceptance that governance is the core of the challenge while technical solutions are relatively easy.

Moving to long-term, resilient solutions will require a fundamental shift in government to serve its constituents rather than small elites. Likewise for some donors, development investment banks and NGOs, moving focus from short-term project cycles to long-term strategies, may be met with resistance. Yet as we have learned from Cyclone Nargis, Typhoon Haiyan and other catastrophic events, if we take no action we increasingly jeopardize the lives and assets of millions.

This blog was originally posted on Devex 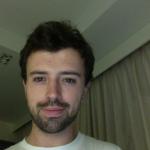 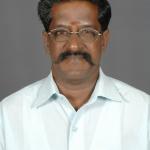